Based on a popular children’s game the Hendon FC Legends game enable you to pit Hendon Legends against each other. This deck contains players from David Abrey to John Wilson. Pit Swannell against Hyde against Sleap in a competition of league appearances, cup appearances, goals, active seasons or debut. Your aim is to win all the cards. Choose wisely by selecting who has the best stats at that time. Get it right and winner takes all. 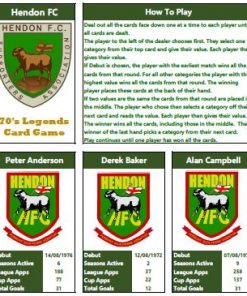 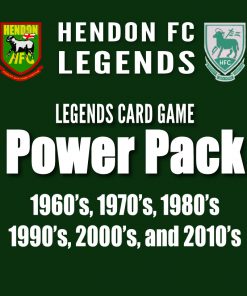 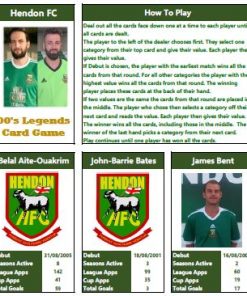 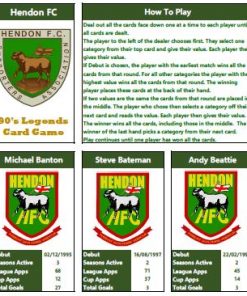 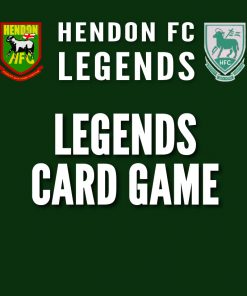 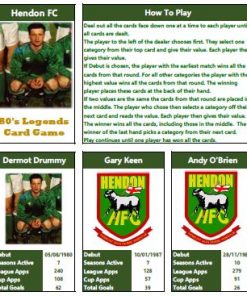 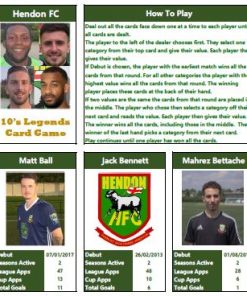